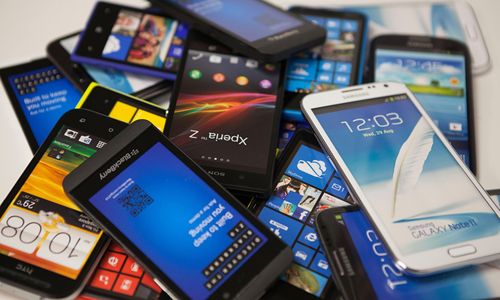 When trying to promote the safety of a product, industry will often compare the safety of their new product to other products already considered safe. Such is the case with ‘smart meters’, often compared to cell phones, despite much evidence that smart meters pose a risk to health, invade one’s privacy, and are potential fire hazards. Might cell phones, those ubiquitous, beloved objects of necessity in today’s society be anything other than safe?

“Cell phones cause cancer” declared attorney Jimmy Gonzalez, in front of the Pembroke Pines, Florida City Council.  “It should become crystal clear that cell phones do cause cancer and that the American people are not being properly warned about cell phones.”

What followed in Pembroke Pines was a cell phone radiation resolution adopted in November 2012 that expressed the city’s “urgent concerns arising from recent medical science reports which advise of the possible and adverse health effects delivered upon those who use cell phones, including, but not limited to, cancer, as a result of the [non-ionizing] radiation emitted by cell phones”.

Berkeley is the first city in the nation to have passed a cell phone radiation ordinance since San Francisco was forced to disband a similar ordinance after a two-year court battle with the CTIA (The Wireless Association). San Francisco made the tough decision after it was apparent that an ongoing court case with the CTIA could cost the city $500,000.

The CTIA when arguing against the “Right-To-Know Ordinance”, made the claim that consumers would be scared if a warning notice of the dangers of high RF exposure were printed on the package or readily visible at the time of purchase. This is the same information that is printed in the product manual.

It is worth mentioning that the current FCC chairman, Tom Wheeler, was once the former CEO of the CTIA and suppressed research on the health effects of cell phone radiation. In a document authored by Richard Conrad, Ph.D., Conrad states:

“Telecom lobbyists manipulate public opinion by making false proclamations through the press.  Their chief lobbyist, ‘fixer’ and generator of spin was Tom Wheeler, who is now the Chairman of the FCC – a classic example of the fox guarding the henhouse – hence the public remains without protection from non-thermal effects.  Business as usual in Washington, but in this case causing unnecessary death, disability and suffering, lack of optimum productivity, and increased health care costs.”

Sadly, Florida attorney Jimmy Gonzalez, mentioned above in his declaration that “cell phones cause cancer”, succumbed to three DIFFERENT cell phone induced cancers. ALL were caused by cell phone radiation exposure.  Each cancer developed exactly where his cell phone was held close to his body.  It was a life destroyed by a tradition of wireless profits superseding the lives of people.

The recent tragic death of “Beau” Biden, the son of Vice President Biden and former attorney general of Delaware, has once again focused attention on what seems to have been the cause of Beau’s death.  Scroll down in this article, which talks about Beau Biden’s brain cancer, where you will find a list of 23 deaths under the heading Political Brain Tumor Stats.  Little more needs to be said. May all rest in peace and may the truth be revealed.

“Mobilize” is a movie that gives us another look at the potential dangers of cell phones. Here is an excellent rule of thumb to consider: if a study is mentioned in the media or elsewhere that does not find evidence of cell phone radiation creating health effects, check it out to ascertain if the study was industry-funded and is being used as damage control to offset independent studies that do find health effects.

Children and Cell Phone Use

What about the effects of cell phone use on children since it is now the in thing for a child to have his/her own cellphone? NBC News reported how children were being exposed to an exponentially greater amount of radio frequency than any adult will ever be in a lifetime. Dr. Devra Davis, Ph.D., writes:

“Compared with adults, research on children shows that microwave radiation is absorbed twice as much into their brain, up to triple in their brain’s hippocampus and hypothalamus and up to ten times as much into the bone marrow of the skull.  Frightening is that half of the world’s four billion cell phone users are under twenty.”

Dr. Davis has written an eye-opening book titled “Disconnect: The Truth About Cell Phone Radiation, What the Industry Is Doing to Hide It, and How to Protect Your Family.” Her book reveals the following:

Cell phone radiation is a national emergency. Emerging evidence is raising significant questions about health risks from cell phone and wireless radiation. Given the size of the potential impact, there is inadequate awareness, research, and regulation. Health experts have long been frozen out of policy-making decisions about cell phones; federal regulatory standards are set by the cell phone industry itself. Cell phone manufacturers have borrowed the playbook of the tobacco industry.

Even “Consumer Reports” in the September 2015 edition weighed in on the need to take precautions with cell phone use and issued “A Call for Clarity”, in which clear answers were deemed necessary as to the following substantial issues raised regarding cell phone usage:

At a time when scientists and the bio-medical community are calling for stronger EMF/RF guidelines, and fifteen countries have issued precautionary health warnings about cell phone radiation and recommendations on how to reduce risks, the wireless industry in the U.S. has opposed precautionary warnings.

Another resource conveying a similar message on institutional neglect is a book by Investigative Journalist, Norm Alster, “Captured Agency: How the Federal Communications Commission is Dominated by IndustriesPresumablyRegulates”, in which Alster explores how the serious health risks of wireless technology are being ignored by regulators and standard setting bodies.

How did we get to this point without a major health alert?

Ann Louise Gittleman, a “New York Times” best-selling author, wrote a book on cell phone concerns titled, “Zapped, Why Your Cell Phone Shouldn’t Be Your Alarm Clock and 1,268 Ways to Outsmart the Hazards of Electronic Pollution”. Before “Zapped” was published, Ms. Gittleman in an article titled, “Accidental Conspiracy”, explained how we got to this point without a health warning.  She wrote:

When it comes to public health, we depend upon our federal and local governments and the media to keep us safe. But what happens when these institutions miss the truth, when they fail to warn us? An unwilling Government, a silent media, an aggressive trillion dollar wireless industry: this is a perfect formula for disaster. Now we will experience the harsh reality and the cruel irony of why millions are suffering ill health at the hands of friendly fire from the very institutions we depend upon to protect us.

This question is often asked in many different situations when information vital to judging a situation is hard to come by:  What did they know and when did they know it?  Ms. Gittlemen likewise tackles that question in, “Accidental Conspiracy” by providing the following revelation:

In 1990 forty scientists at the EPA raised the alarm. They had serious concerns about the carcinogenic effects of electromagnetic fields and low-level Radio Frequency (RF) microwave radiation. They released a draft resolution proposing the classification of RF-EMF fields as a probable human carcinogen. The 393 page report titled, ‘An Evaluation of the Potential Carcinogenicity of Electromagnetic Fields (EMFs)’ raised tremendous controversy with the Federal government and industry groups. The EPA resolution was ultimately silenced by officials in the White House, apparently on the basis that such a classification of RF/EMF as a carcinogen would scare the American public.

Another 21 years would pass, with rampant proliferation of wireless devices, until in May 2011 the World Health Organization’s International Agency for Research on Cancer (IARC) categorized “radiofrequency electromagnetic fields as possibly carcinogenic to humans based on an increased risk for glioma, a malignant type of brain cancer, associated with wireless cell phone use”.

Lennart Hardell  (who was part of the World Health Organization committee) and Michael Carlberg later co-published an article (November 2013), entitled,“Using the Hill Viewpoints from 1965 for Evaluating Strengths of Evidence of the Risk for Brain Tumors Associated with Use of Mobile Phones.”   Based on Hill’s viewpoints and his discussion on how these issues should be used, the conclusion of Hardell’s and Carlberg’s review is that “glioma and acoustic neuroma are caused by RF-EMF emissions from wireless phones.”

According to the “Preamble” of the IARC (International Agency for Research on Cancer): “The classification of RF-EMF emissions from wireless phones should be Group 1, i.e., ‘the agent is carcinogenic to humans’, and urgent revision of current guidelines for exposure is needed.”

With mounting evidence that RF radiation is definitely carcinogenic and the fact that exposure to our population is increasing at an exponential rate, the potential consequences are catastrophic.

Part 2 will cover mounting evidence that is intended to wake up public perception over its oft-stated rhetoric that cell phone use is perfectly safe.  The main concern being highlighted: RF and EMF cause a breakdown in the communication between cells in the body, interrupting DNA repair and weakening tissue and organ function.

Also documented are claims pointing to how some segments of the industry have ignored the scientific findings, having repeatedly and falsely claimed that wireless phones are safe for all consumers including children.