“EVER wondered if radiation coming from wireless devices like mobile phones and telecommunication towers is really harmful to us?

A small group of Malaysians claim to have found evidence that overexposure to these devices, which all emit electromagnetic radiation (EMR) waves, could lead to various health problems.

For several years now, members of this group have been campaigning against telco towers being too near our neighbourhoods and schools, most notably the 1BestariNet project to provide internet for students in classes.

Astro AWANI spoke to experts from this group who have recently broken significant ground in their research into the subject. We also interviewed activists as well as those who claim to be able to immediately feel the effects of EMR waves. Lastly, we asked the government (Education Ministry) how it plans to tackle this issue.

What did the experts say?

Having personally seen several patients with some inexplicable symptoms, Dr Adlina Suleiman, an associate professor from MARA University of Technology (UiTM) and Dr Thor Teong Gee, a general practitioner, has been conducting several independent studies on the subject of EMR from telco towers.

So far, their latest findings seem quite scary: Those who have been living near to telco towers indicated a higher chance of getting headaches, giddiness, insomnia, loss of memory, diarrhea, mental slowness, reduced reaction time and mood swings.

They also found that more cases of cancer happens to those who live less than a few hundred metres away from these towers, concluding that one would have a higher risk of developing cancer after being exposed to EMR for years.

Dr Adlina, who noted the 2011 World Health Organization (WHO) report in which radiofrequency electromagnetic fields were classified as “possibly carcinogenic to humans”, said they are heading to Johor next to collect more data after conducting three studies – namely in Subang, Perak, and Penang.

“Blood samples we took (in Penang) found that there is a 1.1% increased risk of DNA damage those who live nearer to towers, compared to those not in high power density areas,” said Dr Adlina. (Watch video of interview with Dr Adlina)

While she admitted that the scientific community worldwide has not conclusively found causal relationship between EMR and illnesses, she argued that it took scientists some 40 years to find evidence that smoking tobacco can cause cancer.

“If you want to wait for clear evidence on the negative effects of EMR that only you are able prove that EMR will definitely cause something bad then we will do something about telco towers, then it may already be too late. Some people already have (health) problems,” said the doctor, adding that definitive prove can be obtained as soon as animal tests were done.

There were others who shared the fears of Dr Adlina and Dr Thor over EMR, and one of them had a first-person experience from its ‘harmful’ effects.

Lily Law claimed that she and her son, Elton, 9, were considered ‘hypersensitive’ to electronics and would “immediately” feel the effects of EMR waves almost as soon as they go near them, regardless of whether it comes from wireless internet devices or telco lines.

Law’s skin gets highly irritated, red, and itchy when she gets near wireless or telco devices, while her son would become more hyperactive and in more severe cases, complain of headaches.

“Actually, the doctor also doesn’t know why my skin is like this. It’s very itchy sometimes. Every day, I need to take medicine to control my skin problem.

“After I use cable (services) to connect my computer, now it’s not so bad,” she said, claiming that the effects can be felt within five minutes of being in a room with high levels of EMR.

While the conditions she and her son have are only shared by a few others she knew, Law noted that some researchers believe that by 2017, 50% of the population worldwide could be ‘hypersensitive’ like her.

Also on a mission to reach out to more Malaysians and get the authorities to act on this controversial issue is the Penang EMF (Electromagnetic Fields) Protection Alliance. The group, part of the national level Anti EMF Radiation Alliance as well as the International EMF Alliance, has been voicing out on the dangers of telco towers since 2008.

“We are not at all saying we have to avoid all these communication technologies, but we have to consider the safety and health of our beloved families first,” its secretary, Ong Bee Lay, said.

Ong’s group has asked for the government, especially the Education Ministry, to take them more seriously: they want the authorities to change things at the policy stage so that guidelines on protecting people against dangers of radiation are more stringent.

Policy researcher Lim Jit Lee told Astro AWANI that other countries have laws that cover public health issues but Malaysia was lacking in this regard.

“We don’t want to argue whether it is safe or not. Because, if you want to say that studies are not strong enough to prove direct effect, the thing is, nobody can guarantee that it is safe for our children either at this moment,” Lee argued.

She said given the evidence shown by the local studies so far, the burden of proof that EMR technologies are safe should fall on providers and producers, not on the consumers.

Mohd Nor Izzat questioned if it was ethical for the towers, built by YTL Communications, to also be providing Wi-Fi services for residents outside of school compounds.

What is the government’s stance?

The government is aware that it has come under scrutiny, especially after announcing its plan in 2012 to install 10,000 telco towers in schools nationwide under the 1BestariNet project.

Touted to enable “every child the opportunity to access quality education at any time, from anywhere and according to his or her own pace”, the project is supposed to provide schools with broadband internet connectivity and Virtual Learning Environment.

“From the studies we’ve done, we want to assure the teachers, students and parents that these towers are not dangerous to health… we follow all specifications.

“It is actually no more dangerous for a child to be in school with a 1BestariNet tower than to be in a school that has TV and radio coverage,” Rosnani told Astro AWANI, stressing that the 1BestariNet towers emit lower waves than other telco towers around Malaysia.

However, she assured that the ministry will take into account independent studies that are being done, and will review its performance periodically in all aspects.

What have the other agencies said so far?

A 1996 study by an ad-hoc committee consisting of government agencies such as the Health Ministry and several universities had concluded that there were no concrete proof to show that exposure to EMR would have any health effects or defects.

Malaysian Nuclear Agency radiation safety and health division manager, Dr Wan Saffiey Wan Abdullah was reported to have said there was no proof that emission from telco towers, which he said were lower than mobile phones, could cause illness to people nearby.

“We did not carry out studies on the effect of electromagnetic radiation on people but we adopted data used in the United States, Europe and China,” he had said during a dialogue with residents in Muar.

However, Dr Wan Saffiey admitted that there were people who were “electro-sensitive” to radiation from mobile phones, towers and Wi-Fi who could become ill. But the number was very small.

The Malaysian Communications and Multimedia Commission (MCMC) had also reportedly assured people that telco towers in Malaysia were well within international safety levels.

Although there has yet to be any conclusive, 100% proof linking EMR to health effects, the work from the Malaysian group who are using their own funds to study the subject seems to be getting somewhere.

Rightly, they should not be ignored.

The 1BestariNet project is of special concern as it involves the health of young, studying children, and the government is now expected to keep to its word that it would do further studies on its possible health risks.

But what if our worst fears were true, that it could really cause cancer?

There is nothing that the government, private entities and Malaysians would lose for finding out more through scientific studies. It would certainly only help us ensure that we could protect our next generation, one way or another.” 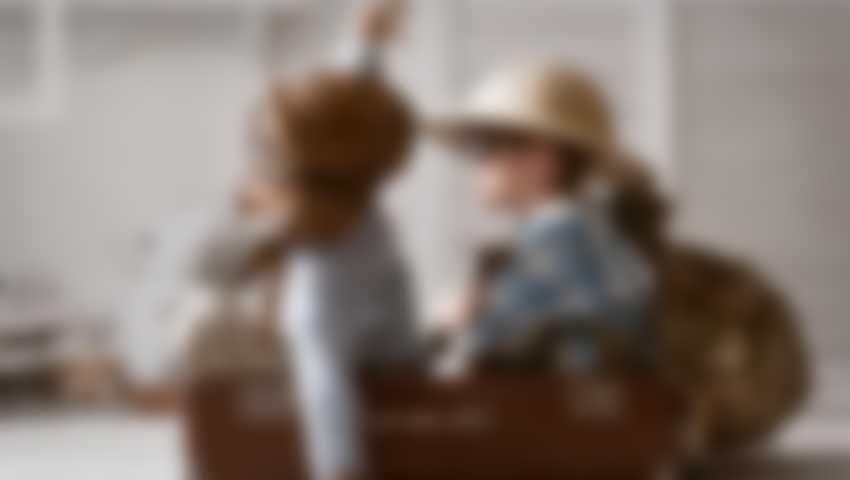 Ways to help your children develop self-esteem and confidence

Self-esteem and confidence are major traits in individuals that affect their success. While these are a lifelong process, the foundation of it needs to be established in early childhood. Building self-esteem will allow the child to deal with difficult situations that they will encounter during their lifetime. Since parents have the greatest influence on a child’s belief, it is important for them to let their child know where they belong, how well they are doing and contribute towards developing confidence and self-esteem.

END_OF_DOCUMENT_TOKEN_TO_BE_REPLACED 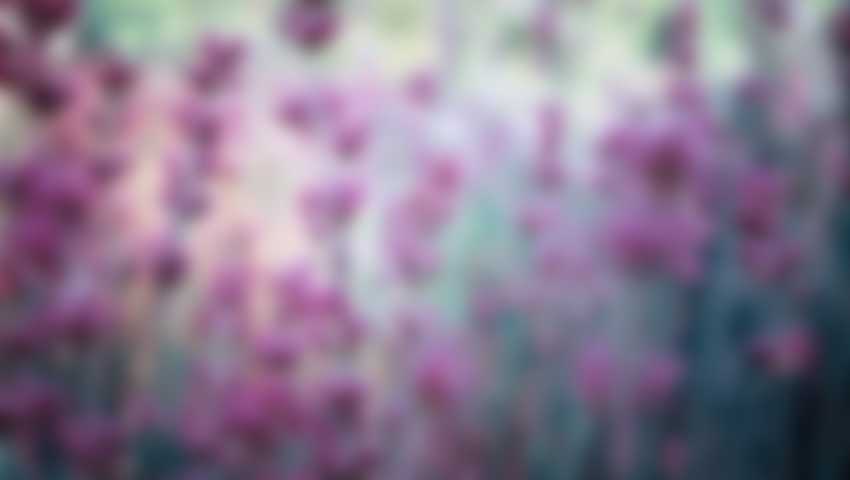 How to get a good nights sleep?

In today’s competitive world, sleep is more of a luxury than a necessity. Sleep is important for the well being, both emotionally and physically for an individual. Insufficient sleep or no sleep has long lasting health and psychological disorders. If you have been experiencing insomnia, it may be due to a number of factors, including stress, anxiety or depression. In order to address your sleep problem, it is best to consult an experienced psychologist who can help you change your behaviour, manage feelings and emotions that may interfere with your sleep.